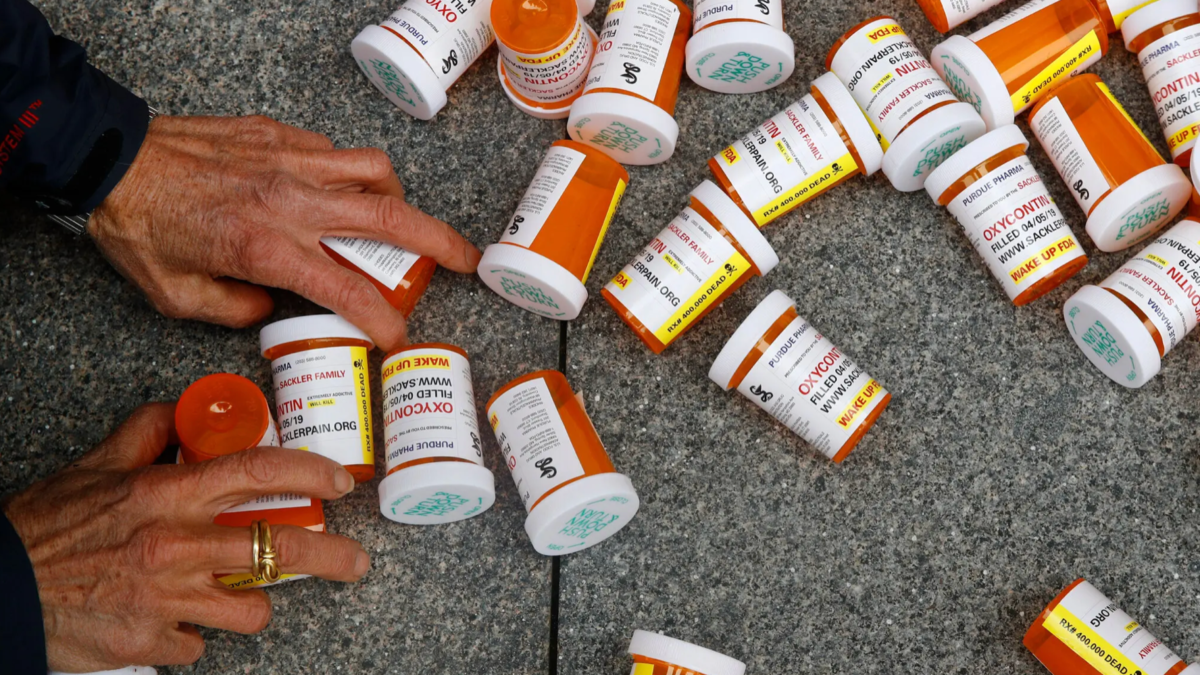 The nation’s three largest drug distributors and a major pharmaceutical manufacturer announced Friday that a supermajority of states and localities had accepted the terms of their $26 billion offer to settle thousands of civil claims related to the deadly opioid crisis. The first checks are expected to go out in early April.

Through its pharmaceutical division, Janssen, Johnson & Johnson will pay $5 billion, broken into annual payments over nine years. McKesson, Cardinal Health and AmerisourceBergen, the distributors, will pay a combined $21 billion over 18 years. At least 85 percent of the payments will be dedicated to addiction treatment and prevention services.

By signing onto the deal, thousands of local governments as well as states have agreed to drop their opioid lawsuits against the companies and also pledge not to bring any future action.

In its sweep and bottom line, the deal is second only to the Big Tobacco settlement of the late 1990s as a multistate agreement.

The total amount includes almost $2 billion that will cover fees and costs for the platoons of lawyers nationwide who represented local governments as well as some states and built much of the legal strategy in the cases. Those payments will go out over roughly seven years.

There are no separate funds to compensate families and individual victims of the opioid crisis.

The announcement is a milestone in the nationwide opioid litigation, which began in 2014 with a few cities and counties filing lawsuits against five drug manufacturers. But as thousands of governmental plaintiffs eventually filed claims, the cases reached across the pharmaceutical industry, to distributors and retailers as well. The actions gelled into a modern legal behemoth that is still far from fully resolved, featuring, most prominently, the cases against Purdue Pharma.

The crisis continues to take a terrible toll: More than 500,000 Americans have died from overdoses to prescription and illegal street opioids since 1999, according to federal data.

The distributors and Johnson & Johnson released statements Friday morning, noting that the deal is not an admission of wrongdoing and that they strongly dispute the allegations. The distributors said in a joint statement that they believed that “the implementation of this settlement is a key milestone toward achieving broad resolution of governmental opioid claims and delivering meaningful relief to communities across the United States that have been impacted by the epidemic.”

Johnson & Johnson also added that it would “continue to defend itself against any litigation that this final settlement agreement does not resolve,” noting that it no longer sells prescription opioid medication in the United States.

When Johnson & Johnson, the distributors and a smaller group of states announced their proposed settlement in July, the companies said they required an unspecified majority of plaintiffs to sign on, to guarantee an end to litigation. The announcement Friday morning signals that a sufficient threshold has been reached, or at least 90 percent of those governments eligible to participate, and 46 of 49 eligible states for the distributors and 45 for Johnson & Johnson. Courts in each state will now have to sign off on the agreements, a process that is expected to go relatively smoothly and swiftly.

According to the agreements, a state will get its full allocation if all its local governments sign on to the deal. For example, all 100 North Carolina counties and 47 municipalities have agreed, and the state will get its allotment of $750 million.

“North Carolina communities will begin to receive money this year to help people struggling with substance abuse,” said Josh Stein, the state’s attorney general and a leader of a bipartisan coalition of states that negotiated with the companies and local governments for nearly three years. “The treatment, recovery, prevention and harm reduction services that will be available across the state will help people regain control over their lives and make North Carolina safer.”

A few holdout states and localities still remain against either the distributors or Johnson & Johnson, including Washington, Oklahoma and Alabama. But legal experts say that stance could be perilous: The outcomes from a few completed trials point to favorable resolutions for the companies, suggesting that continuing to do battle with those governments who declined the deal is a risk the companies are willing to take.

This month, the same companies announced a tentative settlement with Native American tribes that have suffered disproportionately high addiction and death rates during the opioid epidemic. In combination with a $75 million deal that distributors struck with the Cherokee Nation last fall, the 574 federally recognized tribes could receive $665 million in payouts over nine years. An overwhelming majority of tribes are expected to sign on to the proposal.

A major theme coursing throughout the opioid litigation has been the aggressive marketing of the drugs, which went all but unchecked for years. Distributors almost never sent up warning flares when pharmacy clients took deliveries of quantities of opioids that were wildly disproportionate to the local population. A central feature of the new deal is that the distributors must set up an independent clearinghouse to track and report one another’s shipments, a mechanism intended to raise red flags immediately when outsize orders are made.

During the settlement negotiations, a secondary series of talks between the states and the local governments over the allocation of the funds was also unfolding. By now, about two dozen states have worked up their own distribution plans with local cities and counties that also sued the companies.

The executive committee of lawyers, including Joe Rice, Elizabeth Cabraser and Jayne Conroy, who negotiated for local governments, released a statement saying, “We arrived at this moment after years of work by community leaders across the country who committed themselves to seeking funds they need to combat the opioid epidemic.”

They continued, “While this is a vital step, it is only one of the many that are necessary to put an end to this crisis.”

This article was originally published in the New York Times.