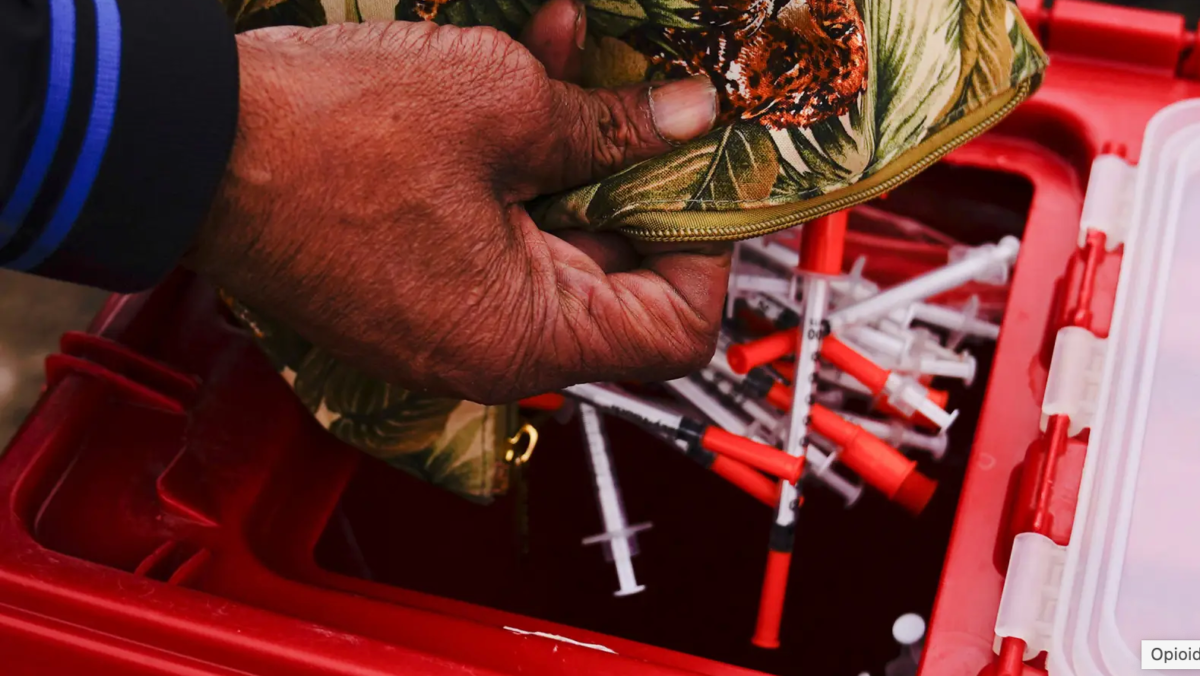 (Camden, N.J.) — Drugmaker Johnson & Johnson and three major distributors finalized nationwide settlements over their role in the opioid addiction crisis Friday, an announcement that clears the way for $26 billion to flow to nearly every state and local government in the U.S.

Taken together, the settlements are the largest to date among the many opioid-related cases that have been playing out across the country. They’re expected to provide a significant boost to efforts aimed at reversing the crisis in places that have been devastated by it, including many parts of rural America.

Johnson & Johnson, AmerisourceBergen, Cardinal Health, and McKesson announced the settlement plan last year, but the deal was contingent on getting participation from a critical mass of state and local governments.

Friday was the deadline for the companies to announce whether they felt enough governments had committed to participate in the settlement and relinquish the right to sue. The four companies notified lawyers for the governments in the case that their thresholds were met, meaning money could start flowing to communities by April.

“We’re never going to have enough money to immediately cure this problem,” said Joe Rice, one of the lead lawyers who represented local governments in the litigation that led to the settlement. “What we’re trying to do is give a lot of small communities a chance to try to change some of their problems.”

While none of the settlement money will go directly to victims of opioid addiction or their survivors, the vast majority of it is required to be used to deal with the epidemic. The need for the funding runs deep.

Kathleen Noonan, CEO of the Camden Coalition of Healthcare Providers, said a portion of the settlement money should be used to provide housing to people with addictions who are homeless.

“We have clients who have a hard time staying clean to make it in a shelter,” she said. “We would like to stabilize them so we can help them recover.”

Dan Keashen, a spokesman for Camden County government, said officials are thinking about using settlement money for a public education campaign to warn about the dangers of fentanyl. They also want to send more drug counselors into the streets, put additional social workers in municipal courts and pay for anti-addiction medications in the county jail.

Officials across the country are considering pumping the money into similar priorities.

In Florida’s Broward County, home to Fort Lauderdale, the number of beds in a county-run detoxification facility could be expanded from 50 to 70 or 75, said Danielle Wang French, a lawyer for the county.

“It’s not enough, but it’s a good start,” she said of the settlement.

With fatal overdoses continuing to rage across the U.S., largely because of the spread of fentanyl and other illicitly produced synthetic opioids, public health experts are urging governments to use the money to ensure access to drug treatment for people with addictions. They also emphasize the need to fund programs that are proven to work, collect data on their efforts and launch prevention efforts aimed at young people, all while focusing on racial equity.

“It shouldn’t be: ready, set spend,” said Joshua Sharfstein, a former secretary of the Maryland Department of Health who is now a vice dean of public health at Johns Hopkins University. “It should be: think, strategize, spend.”

In a separate deal that also is included in the $26 billion, the four companies reached a $590 million settlement with the nation’s federally recognized Native American tribes. About $2 billion is being set aside for fees and expenses for the lawyers who have spent years working on the case.

New Brunswick, New Jersey-based Johnson & Johnson has nine years to pay its $5 billion share. The distributors — Conshohocken, Pennsylvania-based AmerisourceBergen; Columbus, Ohio-based Cardinal Health; and Irving, Texas-based McKesson — agreed to pay their combined $21 billion over 18 years. To reach the maximum amounts, states have to get local governments to sign on.

The settlements go beyond money. J&J, which has stopped selling prescription opioids, agrees not to resume. The distributors agree to send data to a clearinghouse intended to help flag when prescription drugs are diverted to the black market.

The companies are not admitting wrongdoing and are continuing to defend themselves against claims that they helped cause the opioid crisis that were brought by entities that are not involved in the settlements.

The requirement that most of the money be used to address the opioid crisis contrasts with a series of public health settlements in the 1990s with tobacco companies. In those cases, states used big chunks of the settlement money to fill budget gaps and fund other priorities.

The amount sent to each state under the opioid settlement depends on a formula that takes into account the severity of the crisis and the population. County and local governments also get shares of the money. A handful of states — Alabama, New Hampshire, Oklahoma, Washington and West Virginia — have not joined all or part of the settlement, mostly because they have their own deals or are preparing for trial.

In Camden, Lisa Davey, a recovery specialist for Maryville Addiction treatment Center, was at a needle exchange this week handing out naloxone, a drug that reverses overdoses, and asking people if they wanted to start treatment.

Davey said she wants to see detoxification and treatment programs receive more funding to keep people in them for longer. As it is, she said, users can detox and be back out on the streets in search of drugs within days.

“They need more time to work their recovery,” she said.

A man picking up clean needles who asked to be identified only as Anthony P. said he was 46 and had struggled with addiction since he was a teenager. He said he’d like to see an effort to cut off fentanyl and related synthetic opioids that are driving overdose death rates from the drug supply.

Martha Chavis, president and CEO of Camden Area Health Education Center, which runs the needle exchange, said one need is offering services like hers in more places. Now, users from far-flung suburbs travel into Camden to get clean needles and kits to test their drugs for fentanyl.

The settlement with J&J and the three distributors marks a major step toward resolving the vast constellation of lawsuits in the U.S. over liability for an epidemic that has been linked to the deaths of more than 500,000 Americans over the past two decades.

Other companies, including business consultant McKinsey and drugmakers Endo, Mallinckrodt and Teva, have reached national settlements or a series of local ones. OxyContin maker Purdue Pharma and a group of states are in mediation through U.S. Bankruptcy Court to try to reach a nationwide settlement.

The crisis has deepened during the coronavirus pandemic, with U.S. opioid-related deaths reaching a high of more than 76,000 in the 12 months that ended in April 2021, largely because of the spread of fentanyl and other lab-made drugs. A recent report from a commission by the Lancet medical journal projected that 1.2 million Americans could die of opioid overdose between 2020 and 2029 without policy changes.

John F. Kelly, a professor of psychiatry in addiction medicine at Harvard Medical School, said he wants to see money from the settlements go not just for treatment, recovery and support efforts but also to build systems designed to prevent this sort of epidemic from happening again.

“Some kind of national board or organization could be set up … to prevent this kind of lack of oversight from happening again — where industry is allowed to create a public health hazard,” he said.

This article was originally published in Time.