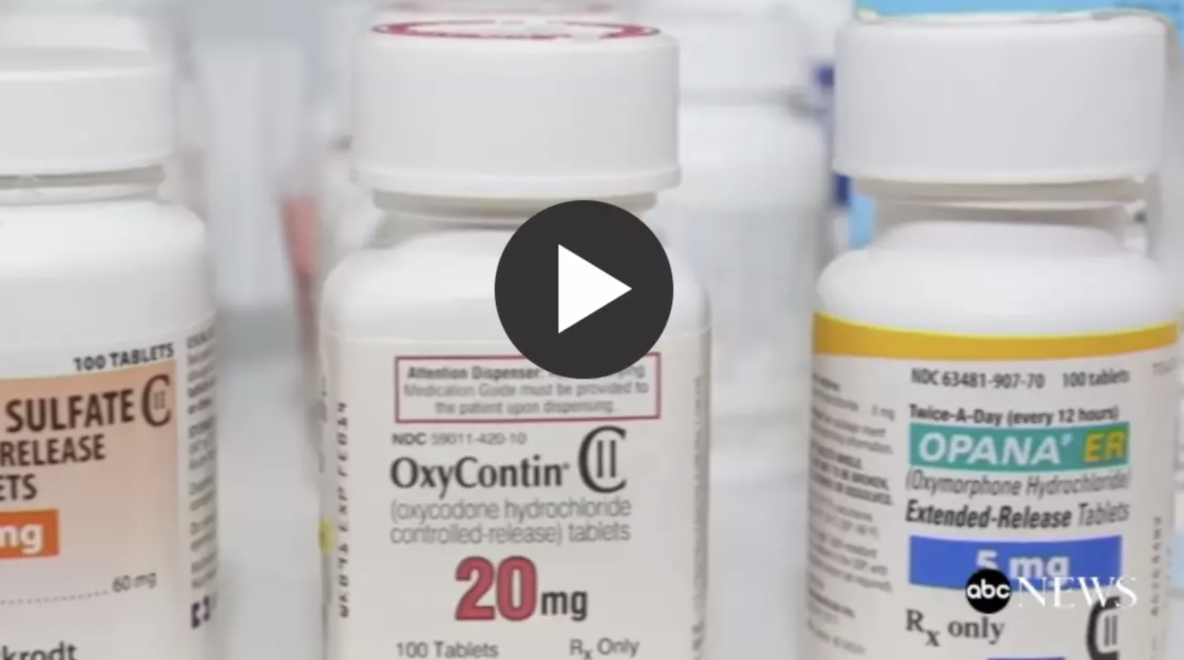 This story was originally broadcast on ABC’s Good Morning America.

Hours before a landmark opioid trial was set to start in an Ohio courthouse, major drug distributors and a manufacturer agreed to a tentative settlement, according to lawyers representing the thousands of communities involved in the case.

The settlement deal totals $260 million, according to a source familiar with the matter.

Cuyahoga and Summit Counties in Ohio are the first of the more than 2,700 communities as part of the National Prescription Opiate Litigation to go to trial, which was set to take place on Monday.

The attorneys, who represent Cuyahoga and Summit Counties, added that the communities have “tirelessly investigated, litigated, and prepared for the bellwether trial that would have begun today if not for this agreement. In doing so, the communities revealed facts about the roles of the opioid industry that created and fueled the opioid epidemic.

Also during this process, “we learned that this country’s pharmacy system has played a greater role in the opioid epidemic than previously realized,” the attorneys claimed, adding that the two counties will continue to “litigate against pharmacy defendants.”

A group of attorneys general including Josh Stein of North Carolina, Herbert Slatery of Tennessee, Josh Shapiro of Pennsylvania and Ken Paxton of Texas released a joint statement following the news of the settlement in Ohio, calling it an “important step that allows us to move forward to finalize the global settlement framework.”

“People in every corner of the country have been hurt by this crisis, and it is critical that settlement funds be distributed fairly across states, cities, and counties and used wisely to combat the crisis,” the statement said.

It added that the “global resolution” they are working on will ensure “that these companies change their business practices to prevent a public health crisis like this from ever happening again.”

In a joint statement, Cardinal Health, McKesson and Amerisource Bergen said they have “agreed to a $215 million settlement with two Ohio counties, Cuyahoga and Summit, in the first track of the multi-district opioid litigation. With this settlement agreed upon, the companies and the other parties will now continue the work toward a global resolution

“While the companies strongly dispute the allegations made by the two counties, they believe settling the bellwether trial is an important stepping stone to achieving a global resolution and delivering meaningful relief,” the statement added. “The companies expect settlement funds to be used in support of initiatives to combat the opioid epidemic, including treatment, rehabilitation, mental health and other important efforts.”

It continued: “The distributors remain deeply concerned about the impact the opioid epidemic is having on families and communities across the nation – and are committed to being part of the solution.”

Teva did not immediately respond to ABC News’ request for comment Monday morning.

Walgreens was the only defendant that did not settle ahead of Monday’s trial, and its trial has now been postpone

“Walgreens is completely unlike the wholesalers involved in the national opioid litigation,” the company told ABC News in a statement Monday. “Before 2014, Walgreens delivered opioid medications – among many other types of medications – only to our own pharmacies, staffed by our own pharmacy professionals. We never sold opioid medications to pain clinics, internet pharmacies or the ‘pill mills’ that fueled the national opioid crisis.”

Earlier this month, Johnson & Johnson announced it would pay a $10 million settlement — as well as $5 million in legal fee reimbursements and a $5.4 million charitable contribution — as part of an agreement for their role in the opioid crisis in Cuyahoga and Summit Counties in Ohio.

Ohio has especially suffered from the nationwide opioid crisis. The state had the second-highest rate of drug overdose deaths involving opioids in the U.S. in 2017, according to the recent data from the National Institutes of Health’s National Institute on Drug Abuse. That same year, there was a rate of 38.2 deaths per 100,000 people, more than twice the average national rate of 14.6 deaths per 100,000 people.