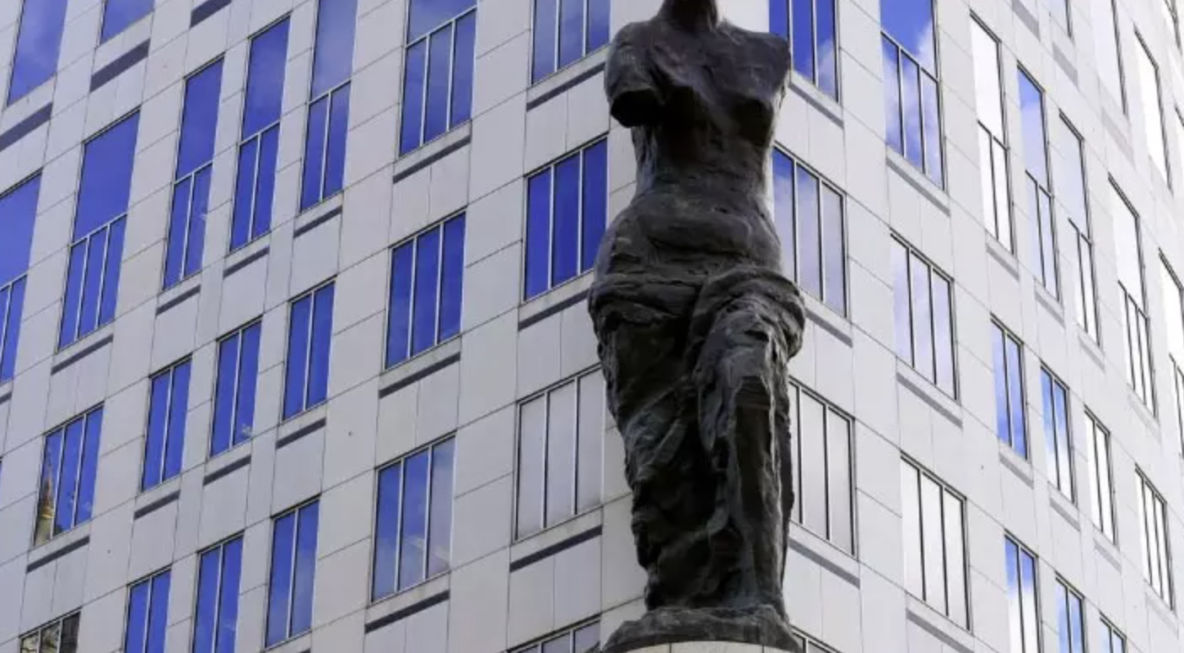 This article was originally published in Reuters.

CLEVELAND (Reuters) – A landmark trial over the U.S. opioid epidemic is on track to begin on Monday after drug companies and local governments failed to agree on a settlement on Friday that had been expected to be valued at around $50 billion.A view of the statue standing in front of the U.S. District Courthouse in Cleveland, Ohio, U.S., October 18, 2019. REUTERS/Aaron Josefczyk

Top executives of the largest U.S. drug distributors and drugmaker Teva Pharmaceutical Industries Ltd left a Cleveland courthouse on Friday and lawyers for states and thousands of local governments said there was no agreement.

The parties and four state attorneys general had been summoned by U.S. District Judge Dan Polster, who could be seen on Friday shuttling between the groups in separate rooms.

Paul Hanly, a lawyer for local governments that brought the bulk of the thousands of lawsuits stemming from the addiction crisis, said his team “fully expect” a trial to begin Monday.