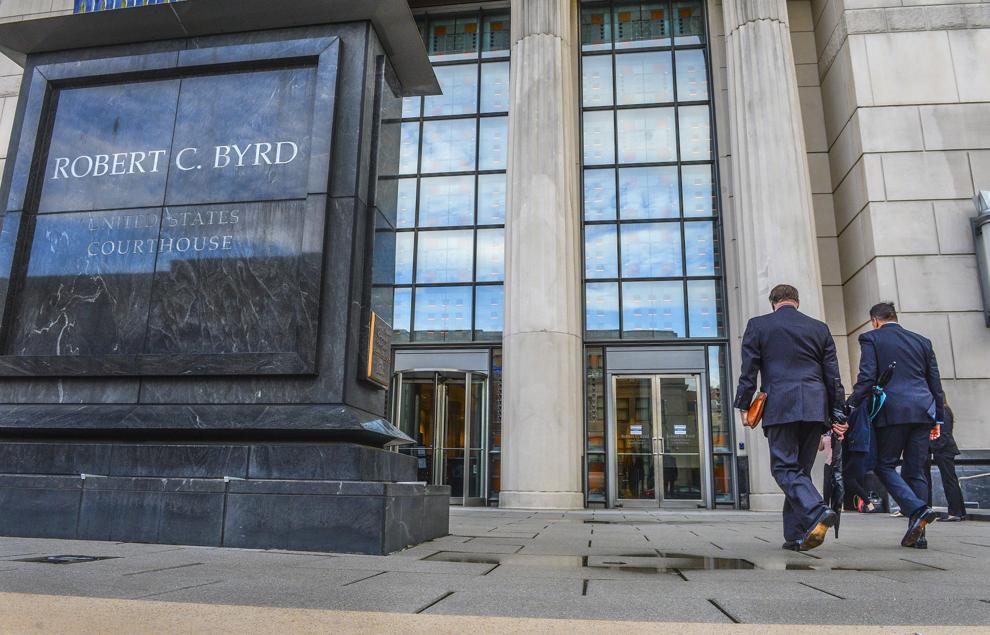 CHARLESTON — West Virginia’s history of labor-intensive jobs, bad health and overprescribing of opioids together led to the explosion of pills flooding the Huntington area about 15 years ago, attorneys representing drug distributors argued Thursday.

The theory was explored on the fourth day of trial at the Robert C. Byrd U.S. Courthouse in Charleston in which the city of Huntington and Cabell County accuse AmerisourceBergen Drug Co., Cardinal Health Inc. and McKesson Corp. — the “Big Three” drug distributors — of fueling the opioid epidemic by shipping 80 million opioid pills to the area over eight years before reducing the number, which the plaintiffs said made users turn to illicit drugs.

Dr. Rahul Gupta, West Virginia’s former state health officer, went into his second day of testimony with questioning from Cardinal Health and McKesson attorneys Enu Mainigi and Timothy Hester, who picked and pulled sections of state and nationally published reports or bills submitted to state legislatures to make their case.

“I would be happy to explain the context of it,” Gupta replied each time, but was not allowed.

None of the bills sought enhanced restrictions for the wholesalers.

Mainigi also pointed to a 2016 deposition in which Gupta said historically West Virginia has labor-intensive jobs, like coal mining, which would lead to a higher level of pain and need for opioids. Hester showed statistics that said an aging population, arthritis, obesity and other categories would do the same.

“West Virginia has always been No. 1, so there was no tsunami of new cases when this was all going on,” he told Mainigi.

Hester pointed to Centers for Disease Control and Prevention reports that said the decision to prescribe opioids should be made between a doctor and patient. Gupta said it should be made among a doctor, patient and the science behind opioids.

Gupta said there had been a culture of doctors writing prescriptions for extra pills, giving up to 30 days’ worth of pills even if the patient needed just three days’ worth. Doctors were trying to take the pain level down to zero when that was unnecessary, he said.

Gupta said there are good doctors who were acting in good faith, but also bad doctors who prescribed to people who didn’t need them.

“What we ended up with was a lot of pills sitting in medicine cabinets, and then they ended up in the community,” he said.

The guidelines did not exclude the long-term prescription of opioids for chronic, non-cancer pain, Hester said.

“The guidelines say opioids are one of the arrows in the quiver, but not the first one that should be taken out,” Gupta said.

New guidelines and education to stop overprescribing led to the reduction of pills shipped around 2012. Gupta said West Virginia has seen a 52% decrease in opioid prescriptions written between 2014 and 2019. Mainigi also discussed the 2018 Opioid Reduction Act, which imposed new limits on prescriptions.

AmerisourceBergen attorney Gretchen Callas dug into the West Virginia Controlled Substances Monitoring Program, which was created in 1995 and modified in 2002 and encouraged safer prescribing to prevent diversion.

In 2004, more changes were made to eliminate third-party data collection and to permit direct opioid number reporting and direct access via the internet. The data couldn’t be used to “phish,” Gupta said, but it could be used for active investigations.

Callas said the information could not be used by anyone, especially distributors, to identify top prescribers, and it could not be used to see which patients were getting multiple prescriptions. The data was available since 2008 but not used.

Cabell EMS saw some warning signs from its employees here and there, such as employees talking about unexplained anger or having suicidal thoughts, but Priddy pinpointed the case of Siera Lenise Burgess, who in 2017 was driving intoxicated in Milton when she wrecked, killing her two children, as the moment they knew they had to do something.

“We very quickly realized when (first responders) got together everyone saw the issues, but they saw it from their own perspective,” she said. “As we talked we realized this was overwhelming our community.”

By the end of the year, QRT was up and running. The team goes to people who have suffered overdoses within three days to try to get them in recovery. It is composed of social workers, police, preachers and recovery members to make connections with users.

It worked, Priddy said, even if just 30% of the individuals got into treatment, by giving users a personal connection. The overdose numbers declined while the team was on the street, but after a nationwide shutdown due to the coronavirus pandemic, overdose numbers are on the rise.

Priddy said QRT funding runs out June 30 and they are scrambling to keep it going.

“We need reliable, sustainable funding,” she said. “This will go on long after I’m retired. This will be generational and continue to go. This model works.”

Priddy said she wants it to grow. She needs a follow-up team and wants to offer health services to those in need. Grant funding cannot do that.

At the questioning of McKesson attorney Laura Wu, Priddy, a former nurse, said she did dispense opioids to people while a nurse. She understands opioids have a legitimate need in medical care. She pointed to 2019 paramedic treatment protocols that said opioid usage was still protocol for pain management.

Cabell County EMS does not have a record of which drug, legal or not, caused a person’s overdose, Wu said.

Friday’s testimony will be highlighted by Huntington Fire Chief Jan Rader after Priddy finishes hers.