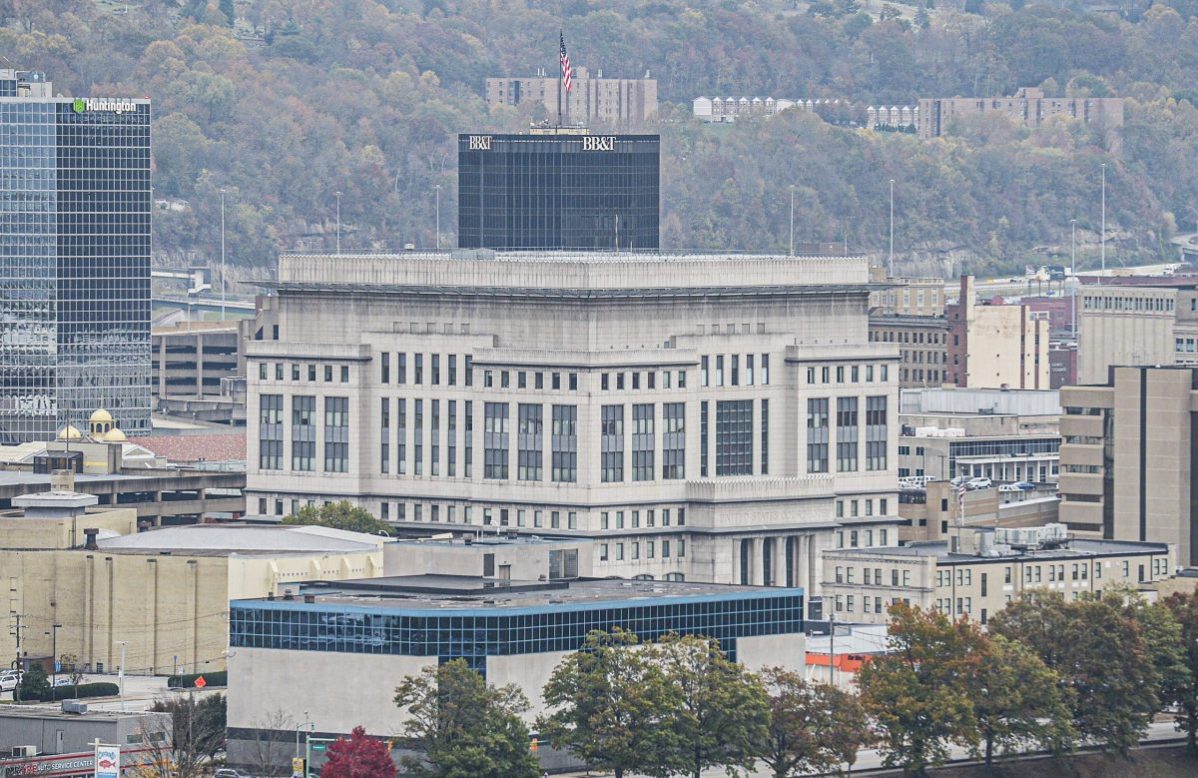 This article was originally published in the Mountain State Spotlight.

If the first day of a landmark trial involving the nation’s three largest opioid distributors is any indication, a lot of fingers will be pointed elsewhere by those distributors in the coming weeks.

At the start of the trial on Monday in U.S. District Court in Charleston, lawyers for the three companies — AmerisourceBergen, Cardinal Health and McKesson — blamed the opioid crisis on doctors who wrote too many prescriptions for highly addictive pain pills.

They blamed the U.S. Drug Enforcement Administration for failing to monitor the distributors’ massive shipments of painkillers to West Virginia.

And they blamed drug manufacturers like Purdue Pharma for pressuring doctors and hospitals to treat pain with the Purdue product OxyContin and other opioids, and falsely marketing the potent painkillers as non-addictive.

“AmerisourceBergen did not cause the opioid crisis,” said Robert Nicholas, a lawyer for that company. “It’s impossible to look at the epidemic without focusing on doctors, on Purdue, on the failure of government agencies and a host of socioeconomic factors and criminal behavior.”

The first salvos of the opioid trial were fired Monday as the giant drug distributors and a West Virginia county and city suing them made their opening statements.

It offered a glimpse into what lies ahead in the trial in the weeks and possibly months ahead.

Huntington and Cabell County, an area that by at least one metric has had the worst drug overdose death rate in the nation, are suing Cardinal Health, AmerisourceBergen and McKesson. City and county officials accuse the companies of fueling the opioid crisis by shipping massive numbers of pain pills to West Virginia.

Local officials estimate it will take more than $2 billion to abate the devastation caused by the drug epidemic, and they believe the drug distributors should help pay.

“The pain, death and destruction to [the] community cannot be overstated,” said Anne McGinness Kearse, a lawyer representing Huntington.

“The volume of pills that entered this community and resulting harms can’t be fixed overnight. It will take time, it will take money, but it can be done.”

She said the Huntington-Cabell community hopes, with the money sought through their lawsuits, to put in place a 15-year plan. She acknowledged that the plan wouldn’t fully eliminate the problems created and driven by opioids, but said it would make a “significant impact on the community” — in part by addressing what she called the “four horsemen” plaguing it: addiction, abuse, morbidity and mortality.

Kearse said the plan, which will be detailed throughout the trial, would “look to ensure that our community as a whole is restored.”

Paul Farrell Jr., a lawyer for Cabell County, laid out the pillars of the county’s and city’s case. He said his team will prove that the three companies sold a mountain of pills that fueled the opioid epidemic, pressing on despite “black flags” that should have caused them to take notice and reevaluate their approach to sales.

Other pillars of the city’s and county’s case include the volume of opioids that poured into the state, the science behind the opioids, and a deep dive into the consequences of the drug crisis. Witnesses will include Huntington Mayor Steve Williams and Fire Chief Jan Rader, who gained national prominence after appearing in the documentary “Heroin(e).” Dr. Rahul Gupta, West Virginia’s former public health commissioner who is reportedly a candidate to head the Office of National Drug Control Policy in the Biden administration, also is expected to testify.

Paul Schmidt, a lawyer for McKesson, said the city and county could not prove that the distributors caused their ongoing problem with illicit drugs like heroin, methamphetamine and fentanyl.

“Every one of those prescriptions dispensed was supposed to be dispensed because of a doctor sitting across from a patient,” Schmidt said.

He said that alone should prevent distributors from being blamed for causing the opioid crisis, as they’re “logistics companies” — conduits between manufacturers who make drugs and the pharmacies and hospitals who dispense them.

The trial continues Tuesday before U.S. District Judge David Faber at the Robert C. Byrd U.S. Courthouse, and is expected to last at least several weeks. Although the sides were negotiating before the trial, there was no mention of a possible settlement in court on Monday.