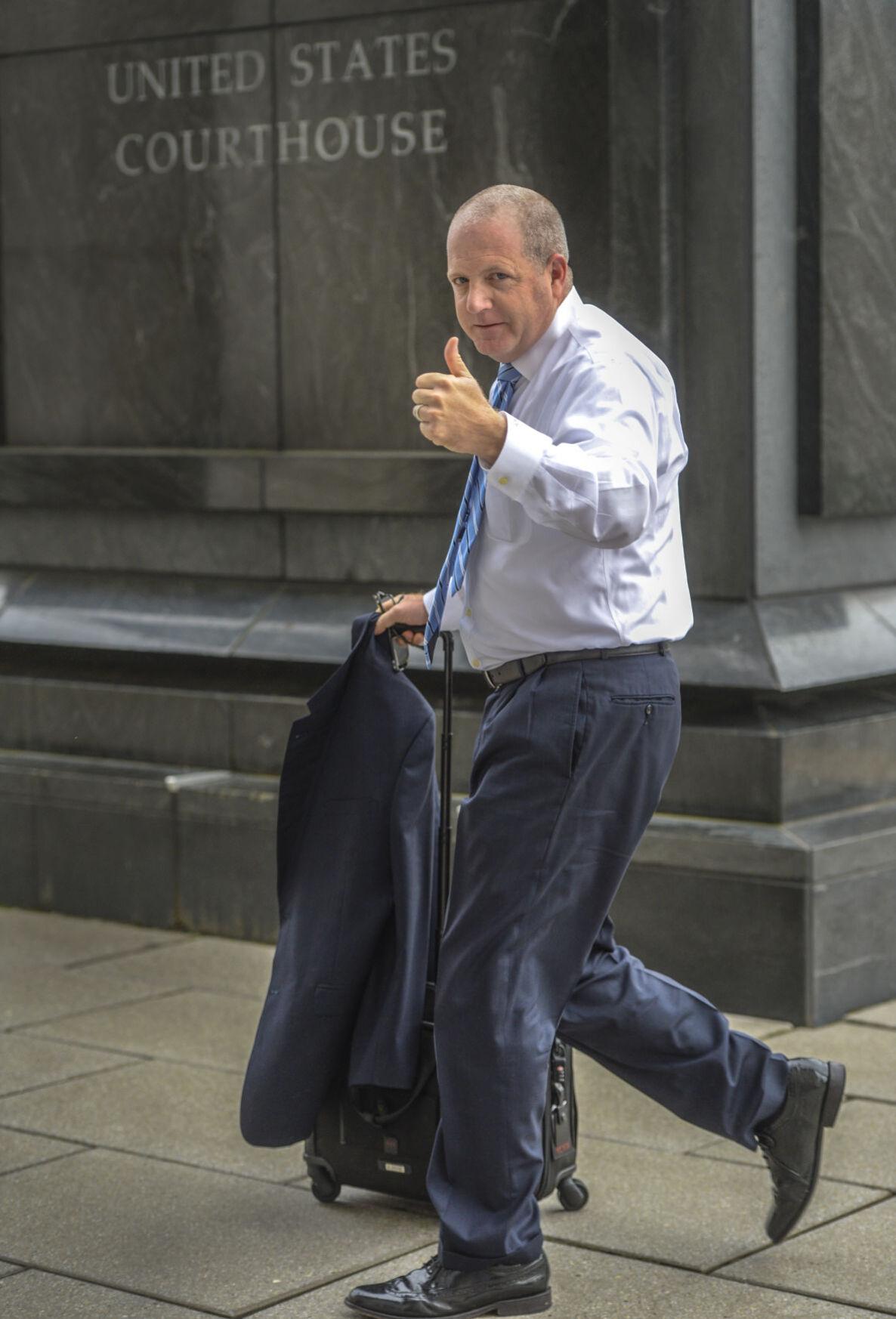 This article was published by the Charleston Gazette-Mail.

Witnesses in the Cabell County and Huntington opioid case accusing wholesalers of fueling the opioid crisis in the area explored at trial Wednesday the history behind the opioid crises in America to explain what led to the area becoming one of the hardest hit in the country.

Historian David Courtwright said four major opioid epidemics in the United States were patched via stronger legislation. Dr. Rahul Gupta, former drug czar for the Mountain State who is being eyed for the same position in President Joe Biden’s administration, called West Virginia “a canary in the coal mine” as it continues to lead the nation in overdose rates and abuse.

The “Big Three” defendants — AmerisourceBergen Drug Co., Cardinal Health Inc. and McKesson Corp. — are accused by Huntington and Cabell County of pumping 80 million opioid pills into the area over an eight-year period and helping to cause the current illegal opioid crisis.

The defendants have said they did report orders they found suspicious to the Drug Enforcement Administration and the West Virginia Board of Medicine, which are the ones to set supply quotas, but their reports were ignored while the government agencies pushed them to send more. They said that, once the drugs were delivered, they could not control what happened. They definitely could not control illicit drugs, such as heroin, they said.

At the questioning of Cabell County attorney Paul T. Farrell Jr., Courtwright said there have been four strong opioid epidemics in the United States: the opium and morphine epidemic in the 19th century; a heroin epidemic in the late 1940s and again in the late 1960s; and one created with significant increase in prescription opioids in the late 1990s.

Courtwright said the epidemics followed a routine — the number of cases got out of hand, which led to public reaction and reform, and new laws being enacted to deal with the situation.

He pointed first to the Harrison Narcotics Tax Act, which regulated and taxed the production and distribution of opioids in 1914, as the reaction to the first great opioid crisis.

An article by Stanford Law said the act aimed to ban nonmedical use of opiates, cocaine and cannabis, and that the laws grew out of hatred of groups linked to each drug: Chinese, Black people and Mexicans.

Major enforcement from that act included a 1940s case in which a direct-sales company was caught advertising and selling large quantities of opiates to physicians in rural areas, such as Appalachia. They continued to sell them until the U.S. Supreme Court ruled that they should have known the doctors did not need that amount of pills and should not have been shipping the large quantities.

In the 1950s, Congress again followed up with more drug laws, increasing drug case penalties after a number of inner-city people, mostly Black men, became addicted to opiates when the drug returned after being scarce during World War II.

Gupta’s testimony faced dozens of objections from the defendants, who had fought before the trial started to keep his testimony out.

The West Virginia Drug Overdose Death Historical Overview, published in 2017, said that, from 2001-15, 7,209 West Virginians died with at least one opiate in their system, the majority of whom were between the ages of 35 and 54.

“These were the hardworking West Virginians who were being impacted in the prime of their lives,” he said.

West Virginia was below the U.S. death rate average for years, Gupta said, but, in 2001, it crossed the average and has not returned to it.

At the questioning of Huntington attorney Anne McGinness Kearse, Gupta said West Virginia knows tragedy well. During those times, a community comes together to help people in need but, once the dust settles, only family is left affected. With the opioid epidemic and the behavior it brings, such as needle sharing and theft, everyone is affected — schools, the workforce, the community.

Gupta said health officials realized they had changed their outlook to studying the dead to help the living.

The 2016 West Virginia Overdose Fatality Analysis report said the state continued to lead the nation in overdose deaths per capita — Gupta said by as much as 33%. The number of deaths in 2016 (884) is more than four times the number of those who died in 2001.

The deaths were the tip of the iceberg. For every one, there were tens of nonfatal overdoses, he said.

Four in five of those dead had interacted with health systems in the year before, were more likely to have three or more prescribers and 70 times more likely to have prescriptions at four or more pharmacies, compared to the overall controlled substance monitoring population for 2016.

He said that, in recent times, the state has about 200 HIV and hepatitis outbreak investigations every year. The number of people positive for those diseases who had reported past injection-drug use declined from 16% from 1989 to 2011 to 9% from 2012-16, but then started to increase.

Gupta said that, through contact tracing of HIV and hepatitis cases, they found data that people who used to be on prescription pills switched to heroin, because it was cheaper, or harder to receive the pills, because fewer were being sent. A crackdown on pill mills caused the turn, too, he said.

The U.S. Centers for Disease Control and Prevention conducted a study to determine other locations within the country that were vulnerable to an HIV outbreak. West Virginia had 28 counties among the top 220 at highest risk.

The Cabell-Huntington Health Department reported a cluster of 76 cases in 2020, an increase from the baseline average of eight cases annually in the previous five years.

Gupta emphasized the importance of harm reduction programs, doctor intervention, access to Naloxone, screening for people at risk of or living with substance use disorder and better procedures for educating prescribers on the increased risk of overdose and potential misuse or diversions of the drugs.

During cross-examination, Mainigi brought back the same reports plaintiffs had used to make their case and asked where they recommended distributors change policies. Gupta repeatedly said it was not in the reports because it was beyond the scope of their purpose.

He called them “sandbags” meant to stop the floods, but not a complete solution.

Mainigi also pointed to his reports that said, prior to 2012, overdose deaths were mostly because of prescription drugs being used for nonmedical purposes. Gupta pointed to the rest of the paragraph, which said the trend shifted to injected heroin and other drugs. Tuesday’s testimony included a doctor explaining that the brain knows no difference between heroin and hydro- or oxycodone drugs.