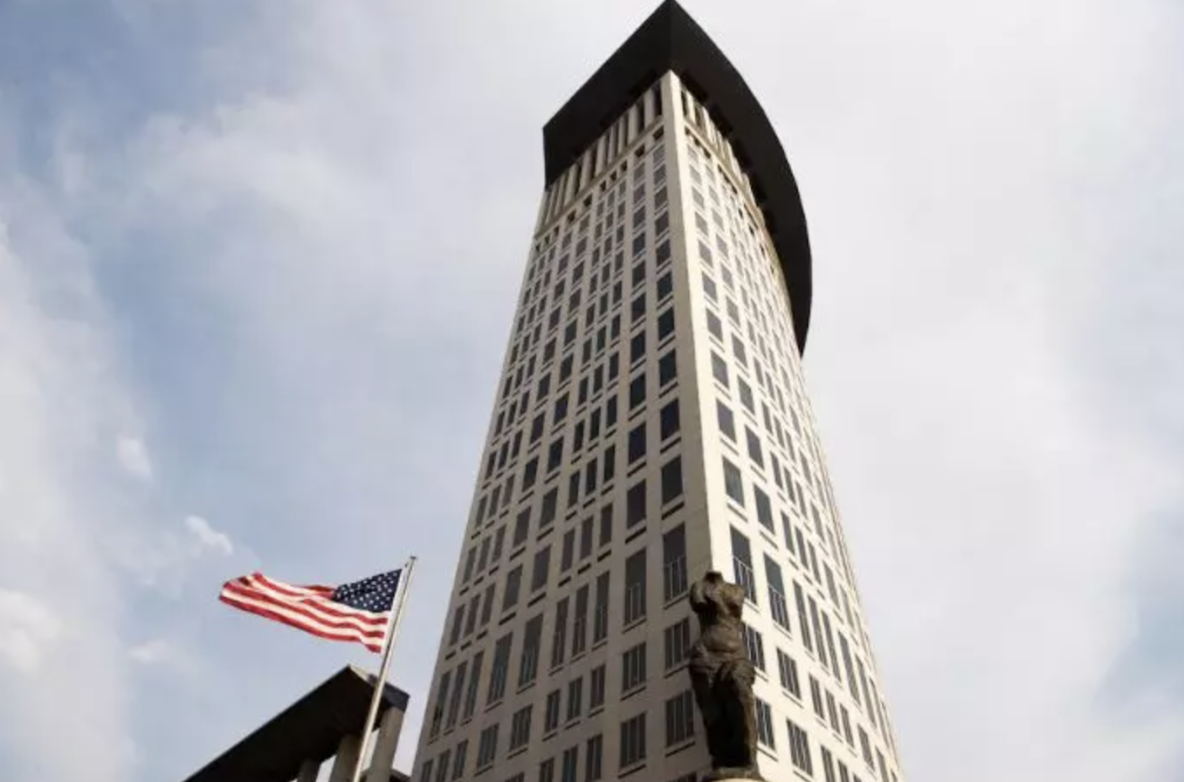 This story was originally published by the Washington Post.

CLEVELAND — ARCOS was a secret database. The powerful interests who knew all about it — the drug industry and the federal government, specifically — wanted to maintain that secrecy.

ARCOS, for Automation of Reports and Consolidated Orders System, was established by the Drug Enforcement Administration to track the manufacture and distribution of prescription drugs, including billions of opioid painkillers that have sparked a deadly epidemic.

Now, crucial records from this database have been made public — only after a protracted legal battle in federal court. The journey of the ARCOS data into sunlight began with lawsuits by drug-ravaged communities, and took the final steps through legal action by The Washington Post and the Charleston Gazette-Mail of West Virginia.

The Post’s legal team relied largely on a sole practitioner in suburban Akron, Ohio, Karen Lefton, who works out of a small third-floor office near Summit Mall. When someone calls the Lefton Group seeking an attorney, the person who answers the phone is Lefton.

She’s one lawyer of hundreds involved in a sprawling, costly, enormously complicated agglomeration of lawsuits filed against nearly two dozen big drug companies and now being litigated in federal court in Cleveland. The plaintiffs are approximately 2,000 cities, counties, Native American tribes and other local government entities. They accuse the drug manufacturers of understating the risks of the opioids, and accuse the distributors of failing to monitor suspiciously large orders.

She’s one lawyer of hundreds involved in a sprawling, costly, enormously complicated agglomeration of lawsuits filed against nearly two dozen big drug companies and now being litigated in federal court in Cleveland. The plaintiffs are approximately 2,000 cities, counties, Native American tribes and other local government entities. They accuse the drug manufacturers of understating the risks of the opioids, and accuse the distributors of failing to monitor suspiciously large orders.

These consolidated lawsuits have parallels with the lawsuits against major tobacco companies two decades ago. Joe Rice, one of the lead attorneys for the plaintiffs in the opioids case, also led the tobacco litigation on behalf of dozens of state attorneys general. That case resulted in a landmark 1998 settlement in which the companies agreed to cease certain marketing practices and pay out more than $200 billion over the course of 25 years.

“I believe this is the most complex civil litigation case that our judicial system has dealt with, maybe ever,” Rice said.

U.S. District Judge Dan Polster has urged the parties to settle. He has set a firm trial date of Oct. 21, with two Ohio counties, Cuyahoga and Summit, serving as the bellwether cases representing all the plaintiffs.

Industry attorneys have denied wrongdoing by their clients, saying they were making and distributing legal drugs intended for patients in legitimate need of pain relief. The defendants also said the DEA had all the ARCOS data and could have intervened if it detected criminal activity. The drug companies contended that the ARCOS data should remain secret because its disclosure would result in commercial harm.

The DEA database: Find the data for where you live

The federal government has tracked the path of every pain pill in the U.S. See how many were shipped to your community.

Mark Cheffo, national counsel for Purdue Pharma, a defendant in the federal case, said Purdue wants to be part of a solution to the drug epidemic, but litigation is not the answer.

“We are not going to solve this problem in the courthouse. We’re going to need to solve this with a much more holistic approach that involves a multidisciplinary effort to solve what is really an illegal heroin and fentanyl problem in America,” Cheffo said.

An attorney for the Justice Department told Polster in 2018 that the ARCOS database should remain largely confidential to protect trade secrets, the location of warehouses containing drugs, and ongoing and future criminal investigations.

Last year, after protracted negotiations, Polster ordered the DEA to turn ARCOS data over to the plaintiffs as part of the pretrial discovery process — but under a “protective order” that prevented the data from being released to the public.

In effect, the public, as represented by local governments, had community-specific information for the purposes of the lawsuits, but those governments could not share that information with the public via the news media.

“It was a Solomon’s decision,” said Paul Farrell Jr., co-lead counsel for the plaintiffs. “You’re telling me that I can get the data and I can show it to the mayor, but the mayor can’t show it to the people he represents?”

The Post, joined by HD Media, owners of the Gazette-Mail, fought to have the ARCOS information made public. The Gazette-Mail won a Pulitzer Prize for blockbuster stories by reporter Eric Eyre in 2016 that used ARCOS data — released by the West Virginia attorney general — to show that hundreds of millions of opioid pills had been shipped into the state. Two law professors at West Virginia University, Patrick McGinley and Suzanne Weise, have been representing HD Media.

In such cases, The Post typically hires outside attorneys from prestigious law firms in the D.C. area or wherever a case is being tried. But many law firms were already representing clients in the massive litigation and were “conflicted out,” in legal parlance. For example, Williams & Connolly, a D.C. firm often hired by The Post, was representing one of the drug distributors and playing a leading role for the defendants.

Firms in Cleveland and Cincinnati that had conflicts in the case passed along to The Post the name of Karen Lefton.

Lefton, 62, began her career at the Akron Beacon Journal in 1980 as a cub reporter covering the northern suburbs. She decided she needed to understand the law better, so in her spare time she obtained a law degree from the University of Akron and then passed the bar, and eventually took a job as the newspaper’s general counsel.

The newspaper business hit hard times, and the Beacon Journal was no exception. In 2008 she left the paper and joined a local firm, then set up her own practice.

When she first got a call from The Post, Lefton said, “I thought it was your circulation department.”

Lefton recalls the first time she entered Polster’s courtroom. It was jammed with veteran, high-dollar lawyers from white-shoe law firms.

“Plaintiffs were on the left, defendants on the right. Everyone knows one another. I was waiting for them to break out the keg,” she said.

The media lawyers sought the ARCOS data, arguing that Polster erred in issuing an “overbroad, permanent, blanket protective order,” as Lefton put it in a recent interview. But last summer Polster ruled against the media, saying he had good cause for his protective order because the data was sensitive to distributors and pharmacies as confidential business information and sensitive to the DEA for law enforcement efforts.

Polster declined to comment for this article, and his assistants said he is not giving interviews. A reporter visiting his 18th floor chambers was turned away.

HD Media and The Post appealed Polster’s decision to the U.S. Court of Appeals for the 6th Circuit, based in Cincinnati.

As the newspaper industry has contracted, it has been forced to be more selective in going to court to obtain public records. The power of the news media has been shaped not only by the First Amendment but by the resources to hire lawyers to challenge powerful interests — to fight all the way to the Supreme Court for the right to publish the Pentagon Papers, for instance.

News organizations today are more likely to spend legal dollars on defensive actions rather than newsgathering lawsuits to access public records, said Katie Townsend, legal director at the Reporter’s Committee for Freedom of the Press, a Washington-based nonprofit.

The ARCOS appeal was not risk-free: An unfavorable decision could have made it more difficult for media lawyers to fight protective orders in the future. No one wants to pursue a case to the point that it creates “bad law.”

The industry defendants argued that the news media didn’t need the raw data of ARCOS, because available aggregated data shows in general where pills were flowing.

In Cincinnati, Lefton made the oral argument for The Post, and noticed at the end that the stone-faced judges did not offer any encouraging words, gestures or expressions, which she took as a good sign. It’s when they nod or smile that you know you’ve lost, she said.

On June 20, a three-judge panel of the 6th Circuit issued a smashing victory for the news media. By a 2-1 vote, it ruled that Polster had exceeded his discretion in issuing the protective order sealing the ARCOS data. The appellate judges called Polster’s reasoning “bizarre” and said the judge abused his discretion by “acting irrationally.”

The appellate judges noted that Polster had said that the ARCOS data would become public if the case went to trial. The judges wrote, “These statements suggest that at least part of the reason for the district court’s about face on what interests Defendants and the DEA have in nondisclosure of the ARCOS data might have been a desire to use the threat of publicly disclosing the data as a bargaining chip in settlement discussions. If this was a motivation for its holding, then the district court abused its discretion by considering an improper factor.”

The appellate court ordered Polster to amend his protective order, a process that led not only to the release of ARCOS data from 2006 to 2012 but also the unsealing of numerous court filings.

The ARCOS database is now available in a searchable format on The Washington Post’s website.

A cache of previously undisclosed documents and other records reveal officials from some of the nation’s largest drug manufacturers and distributors failed to heed warnings as pain pills flooded the country.

The database has allowed the public to see the astonishing scale of the prescription opioid deluge. The industry shipped 76 billion oxycodone and hydrocodone pills over that seven-year period, with the numbers ratcheting upward in that time. Some small-town pharmacies handled upward of 5 million pills each.

In a court filing this week, the DEA said it can’t confirm or deny that it is investigating any of the companies mentioned in a recent Post story about the ARCOS data, as that “would tip off any such companies who may be under investigation.” The filing continued: “The harm, however, has already been done. If any of the companies that DEA may be investigating did not already think they were under scrutiny, they will now suspect that they may be based on the news reports calling out their data.”

McGinley, the West Virginia law professor representing the owner of the Charleston newspaper, said the DEA’s argument has no merit, because companies embroiled in the epidemic have long been aware that they are in the law enforcement spotlight.

“Why do they want to keep this secret? Because it’s in­cred­ibly embarrassing,” McGinley said. “With regard to the DEA, it shows lapses in enforcement. With regard to the drug companies, it shows 76 billion pills flooded the country. It’s not rocket science why they wanted to keep it secret.”